AMD revealed a ton of new gaming technologies at its GPU14 tech day. 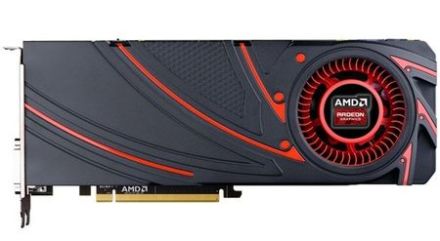 “The AMD Radeon R9 and R7 Series graphics cards are new GPUs for a new era in gaming,” said Matt Skynner, corporate vice president and general manager, Graphics Business Unit, AMD. “This era is shaped by ultra-resolution gaming and an exciting new generation of highly-anticipated games like Battlefield 4. But it’s also an era shaped in a very powerful way by our own Unified Gaming Strategy; we’ve teamed up with the world’s top game developers to establish a comprehensive portfolio of games that you can maximize to their full potential only with AMD Radeon graphics.”

With Mantle, games will be empowered with the ability to speak the native language of the Graphics Core Next architecture, presenting a deeper level of hardware optimization. Mantle also assists game developers on multiple platforms by leveraging the commonalities between GCN-powered PCs and consoles for a simple game development process. The first game to take advantage of Mantle will be Battlefield 4.

AMD has partnered with Raptr to release the AMD Gaming Evolved App, a downloadable desktop client designed to make “PC gaming as simple as consoles”. This app promises to help AMD customers get the most out of their gaming riggs by suggesting customized optimal game settings. Users can also earn rewards by playing supported PC games, broadcast live gameplay via the Twitch service, take in-game screenshots, browse the internet and chat with friends.