Apple today announced its quarterly earnings.   The conference call officially begins at 5:00 EST/2:00 PST.  Listen live here.  We will bring you updated news as time progresses.  The company had a record breaking quarter.

Quarter 1 accounts for the holiday season, the most important quarter of the year.  Apple also reached a multi year deal with China Mobile in late 2013.

“We love having the most satisfied, loyal and engaged customers, and are continuing to invest heavily in our future to make their experiences with our products and services even better.”

Apple’s Board of Directors has declared a cash dividend of $3.05 per share of the Company’s common stock. The dividend is payable on February 13, 2014, to shareholders of record as of the close of business on February 10, 2014.

“We are really happy with our record iPhone and iPad sales, the strong performance of our Mac products and the continued growth of iTunes, Software and Services,” said Tim Cook, Apple’s CEO. “We love having the most satisfied, loyal and engaged customers, and are continuing to invest heavily in our future to make their experiences with our products and services even better.”

“We generated $22.7 billion in cash flow from operations and returned an additional $7.7 billion in cash to shareholders through dividends and share repurchases during the December quarter, bringing cumulative payments under our capital return program to over $43 billion,” said Peter Oppenheimer, Apple’s CFO.

Apple is providing the following guidance for its fiscal 2014 second quarter:

• gross margin between 37 percent and 38 percent

• operating expenses between $4.3 billion and $4.4 billion

Apple will provide live streaming of its Q1 2014 financial results conference call beginning at 2:00 p.m. PST on January 27, 2014 at www.apple.com/quicktime/qtv/earningsq114. This webcast will also be available for replay for approximately two weeks thereafter. 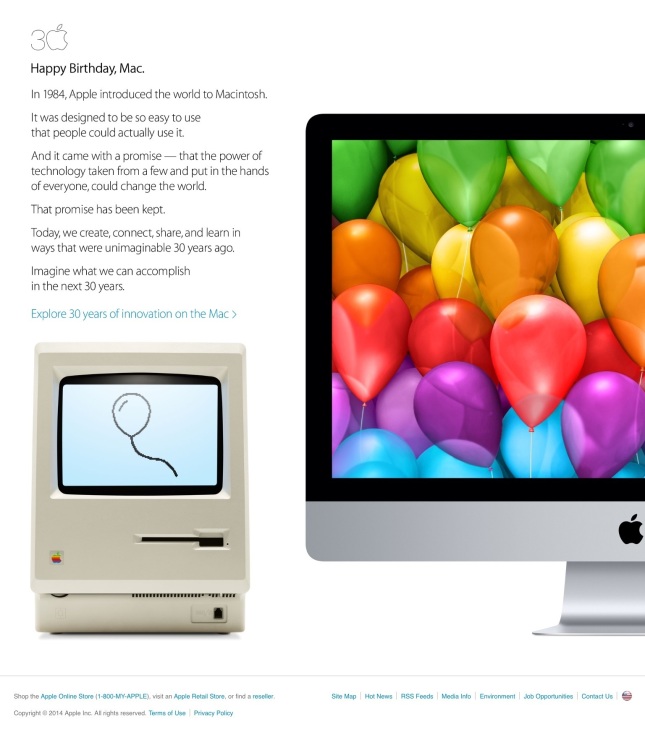 Thirty years ago today, Steve Jobs, just 29 years old, took to stage in an event that would define his career forever.  On January 24, 1984, Jobs unveiled the Macintosh, a computer which would revolutionize the industry forever.

Jobs’ device took years of work and the perfectionist would not stop until his product was perfect.  His love of perfection and minimalism defined who he was and revolutionized countless industries.

Apple today changed its homepage to commemorate the thirty year anniversary.  Various celebrations are also being held today and this weekend around the globe.

Feel free to enjoy the video below, a historic event and landmark in  tech industry.

Rumors hint that Apple sold over 60 Million iPhones in the holiday quarter of 2013.  This would be a record breaker for Apple and does not include any iPhones sold with China Mobile, which Apple partnered with in late December.  This could be almost 16% increase over the 2012 holiday quarter.

Apple is expected to announce its quarterly earnings next week.  AppleRumors.NET will bring you up-to-date information then.

Apple CEO Tim Cook was present at an Apple Store to offer signed iPhones. Days prior, both Cook and a China Mobile Executive showed their enthusiasm about the upcoming deal. The deal is expected to generate approximately 17 Million new users for Apple.

I’m personally really excited about this deal. There’s a ton of potential for Apple.

It’s another dull week inside the world of Apple: no juicy runors, no no products, and no new betas. But, Apple did debut a touching new ad showcasing the incredible possibilities of its iPad. Have a look below.

As a blizzard pounds the east coast and CES (Consumer Electronics Show) is live in Las Vegas, there’s not too much going on inside the world of Apple lately.

Apple did, however, release the third beta of iOS 7.1 to developers today.  The third beta brings some minor UI enhancements, but they certainly are nice ones.  The iPhone app’s dialer has been redesigned and the screen (when accepting calls) has also been given a fresh new design.  Even the power off slider is redesigned (let’s hope Apple keeps these around when it releases iOS 7.1). 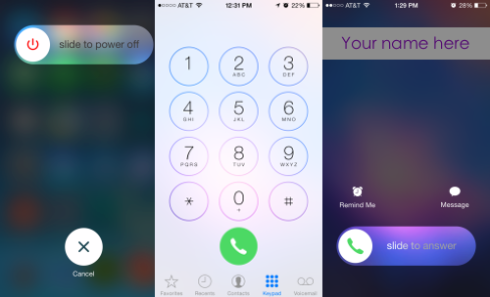 Just mere minutes ago we were told that Apple has released an online store via Tmall.   Apple’s Tmall site will feature Red Friday, a sales event later this week for Asian countries.  Apple currently operates a Chinese online store.  This new store is a new addition to the company’s Asian offerings. 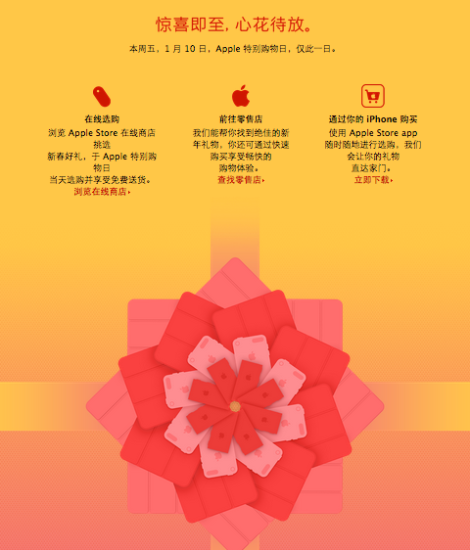 There’s a lot of new toys at CES 2014 in Las Vegas.  At the annual Consumer Electronics Show, Apple’s main competitor, Samsung, unveiled it’s “Smart Life” suite of products.  Although Apple is not officially present at the conference, there are many signs of its presence.  A new iPort allows the iPad Air to be charged wirelessly, Morphie has all new cases, and Otterbox too.  We’ll bring you more coverage of CES later in the week.

Contact me at info@infinityapps.org and have ad featured here!